What to Expect at a DUI Stop? 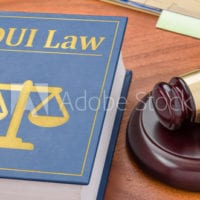 Driving is a necessity that most people could not give up without a huge disruption to their lives. Many laws apply to the operation of a motor vehicle, including the mandate that the person not drive while under the influence of drugs or alcohol. Being arrested and charged with driving under the influence (DUI) has severe consequences, as Florida is known for being one of the toughest States on this issue. Working with a criminal defense attorney from the earliest stages of the case is essential to combating the charges in hopes of overcoming the prosecution’s case, or at least mitigating the punishment. Police are trained to look for the common signs of drug or alcohol use, though some of these accepted beliefs are not necessarily valid. Getting stopped for a suspected DUI is a scary experience for most people, and not knowing what to expect or how to react is something police count on to make it easier to justify an arrest. As with anything, knowledge is power, and knowing what police do in these situations will both help inform people about how not to help police prove their case, as well as assist those arrested know the potential avenues they may have to contest the arrest and/or charges.

Procedures at a DUI Stop

Police need probable cause to make an arrest, which is a reasonable basis for claiming criminal activity took place. Thus, the purpose of a DUI stop is to gather enough information to establish probable cause and arrest the driver. Outside of a planned DUI checkpoint, police look for signs of impaired driving to identify motorists to pull over, such as erratic lane changes, driving extremely slow, swerving, or missing traffic lights. Once stopped, the police will look at a person’s eyes for signs of redness or a glassy appearance, which can be result of alcohol or drugs. In addition, the officer will attempt to see any evidence of drinking or drugs visible from the outside. The officer will also listen for slurred speech, trouble finding words, or other difficulties speaking in a coherent manner. The next step is often a field test that looks at a person’s balance and coordination to if he/she seems impaired. Assuming some of these signs are present, police will place the person under arrest and then administer a breath test to ascertain how much alcohol is in the person’s blood. Anything above 0.08 is considered excessive and a criminal offense.

As mentioned, probable cause must exist for an arrest to take place, so challenging its existence is the first claim made in most DUI cases. Arguments about the justification for stopping the car in the first place, as well as law enforcement’s interpretation of the driver’s behavior and appearance are all places for claiming there was no probable cause. In addition, the validity of the breath test can be challenged, based upon how and when it was administered. There are rules about how a machine must be calibrated and how frequently breath tests must be administered to be valid. A criminal defense attorney will know how to analyze the facts of a case in order to mount the most effective defense.

Getting a DUI on your criminal record is not something you want to face. Convictions will affect your lives for years in multiple areas of your life. The attorneys at All Criminal Defense Law Group, P.A. are available to take your case. Our dedicated approach will give you the best chance at beating the charges against you. Contact the Tampa Bay DUI defense attorneys today via email or call 813-672-1900 for a free initial consultation. After hours, calls should be directed to 813-551-3903, if there is an emergency.