What Are Criminal Mischief Laws in Florida? 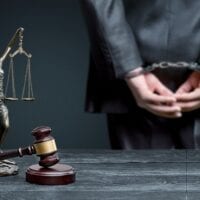 Criminal mischief in Florida, also sometimes referred to as vandalism, occurs when a person intentionally and maliciously destroys the property of another person. Criminal mischief is charged as either a misdemeanor or a felony, depending on the value of property damage done.

Many people think criminal mischief is a relatively minor crime. However, the criminal courts in Florida view it very differently. Those convicted could even face time in jail or prison.

The statute includes many examples of criminal mischief. These are graffiti, vandalism, defacement, breakage, sabotage, or any other destructive acts.

The Florida appellate courts have been split on what is considered intent in criminal mischief cases. The First and Third District Court of Appeals consider criminal mischief a general intent crime. This means the accused must act with intention and malice, and they must have knowledge or should have had knowledge, that their behavior would cause property damage.

The Second, Fourth, and Fifth District Court of Appeals however, have deemed that a defendant must have actual intent to damage property. This is known as a specific intent crime.

If convicted of criminal mischief, the penalties vary depending on the value of the property damage. If the property damage is less than $200, the crime is considered a second-degree misdemeanor. Convictions for this crime can result in a maximum of 60 days in county jail.

If the property damage was valued is over $200, but less than $1,000, the crime is a first-degree misdemeanor. Those convicted of this offense is a maximum one year in jail. If the value of property damage was over $1,000, criminal mischief is charged as a third-degree felony. These offenses have possible penalties of up to five years in prison.

If you’ve been charged with criminal mischief, or any other crime, call our Tampa criminal defense lawyers at All Criminal Defense Law Group today. We’ll prepare a strong case for you to have your charges reduced or dropped altogether, ensuring your rights are upheld at all times. Contact the Tampa lawyers at All Criminal Defense Law Group, P.A. for a consultation at no charge.

What to Expect at a DUI Stop?